A pregnant mare rolls in the mud with a plastic bucket over her mouth as a muzzle to keep her from being inadvertently eating caterpillars, thus limiting her exposure to toxins.
In 2001, approximately 25% of all pregnant mares in Kentucky aborted their foals within several weeks (over 3,000 mares lost pregnancies), and abortion rates exceeded 60% on some farms because of Mare Reproductive Loss Syndrome (MRLS). The mysterious disease caused mares to spontaneously abort at an early term as well fully developed foals—the babies that survived had heart and eye problems. Those that didn’t die or were put down had brain injuries and are often referred to as “dummy foals.” University of Kentucky estimates 1400 foals were aborted costing the state 336 million dollars.

What was known was that mares were being exposed to something in the fields—a fungus or mycotoxin that seemed to be related to the Eastern tent caterpillar that was found in cherry trees. Farms tried to limit their risk and exposure to the grass by putting plastic buckets over their mouths. 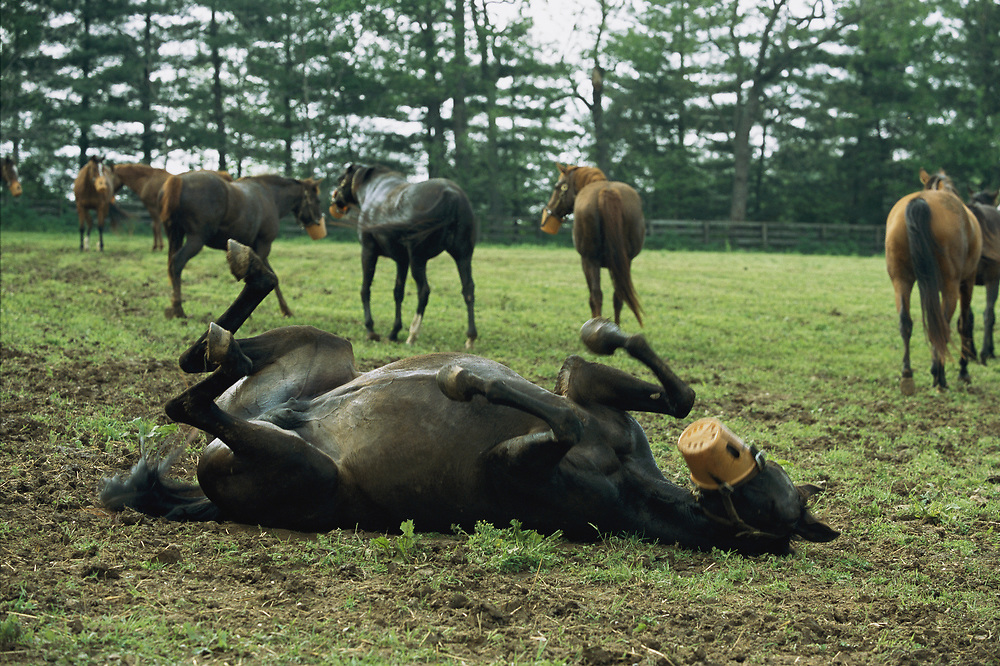