The Okapi is a mammal with distinct striped markings that stands less than five feet tall. The herbivore feeds on tree leaves, grasses and ferns and never developed the long neck of a savannah giraffe since all its’ food is low.

Okapi are solitary animals whose dark bodies blend into the shadows and stripes break up an animal outline making it difficult for predators to see them. Major threats to this solitary forest creature include habitat loss due to logging, mining and hunting. Classified as endangered, The Okapi Conservation Project was established in 1987 to protect the species. THE Okapi Wildlife Reserve is a World Heritage site that covers around 20 percent of the Ituri Rainforest. 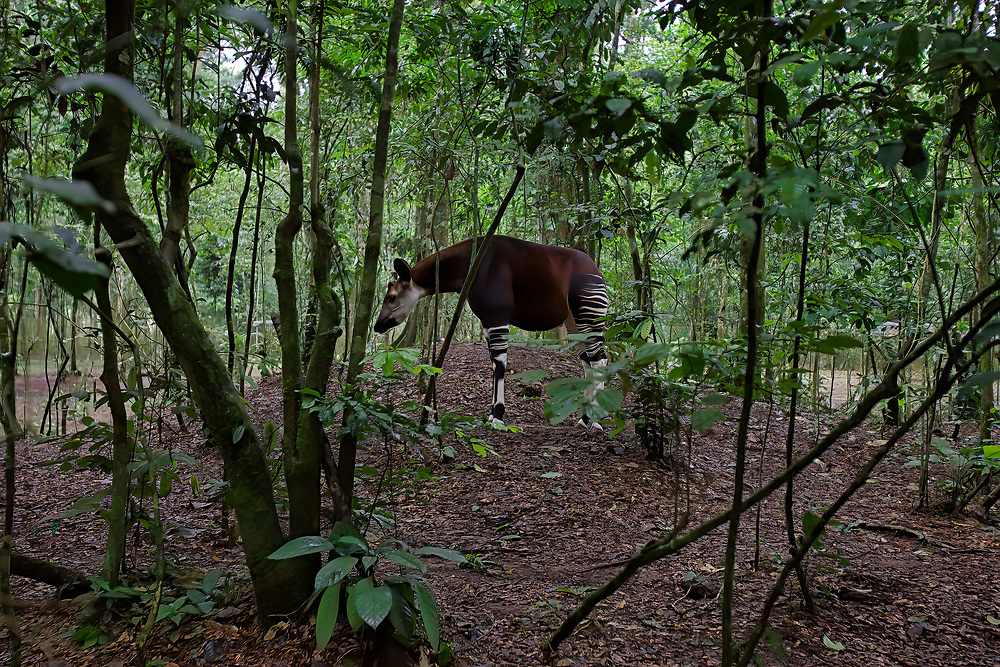