Fans gather on the lawn under flowering trees at Keeneland race track on race day. Founded in 1935, Keeneland takes pride in maintaining racing traditions. It was the last track in North America to broadcast race calls over a public-address system, not doing so until 1997. Most of the racing scenes of the 2003 movie Seabiscuit were shot at Keeneland, because its appearance has changed relatively little in the last several decades. The Thoroughbred horse track was designated a National Historic Landmark in 1986. 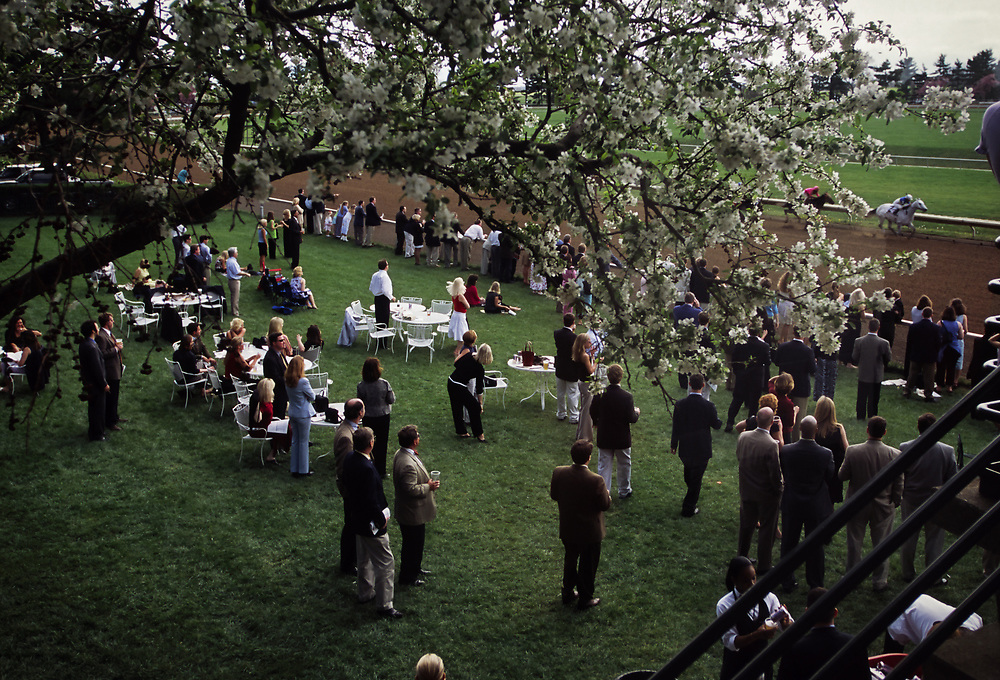