search results
Image 1 of 4
Next
Less

Attorney Brian Glasser briefs some of the 152 frustrated Sylvester, West Virginia citizens who banded together in a lawsuit in an effort to halt the assault on their air. Armed with video taped evidence, photographs, and testimony, the residents proved that black dust blanketed their town from a coal stockpile and preparation plant.
They won but little has changed (the company bought a street sweeper for the community) but it was a moral victory for a group of people who saw property values plummet in the black cloud that hung over their town. None of the 152 mostly retirees had ever been involved in a lawsuit. 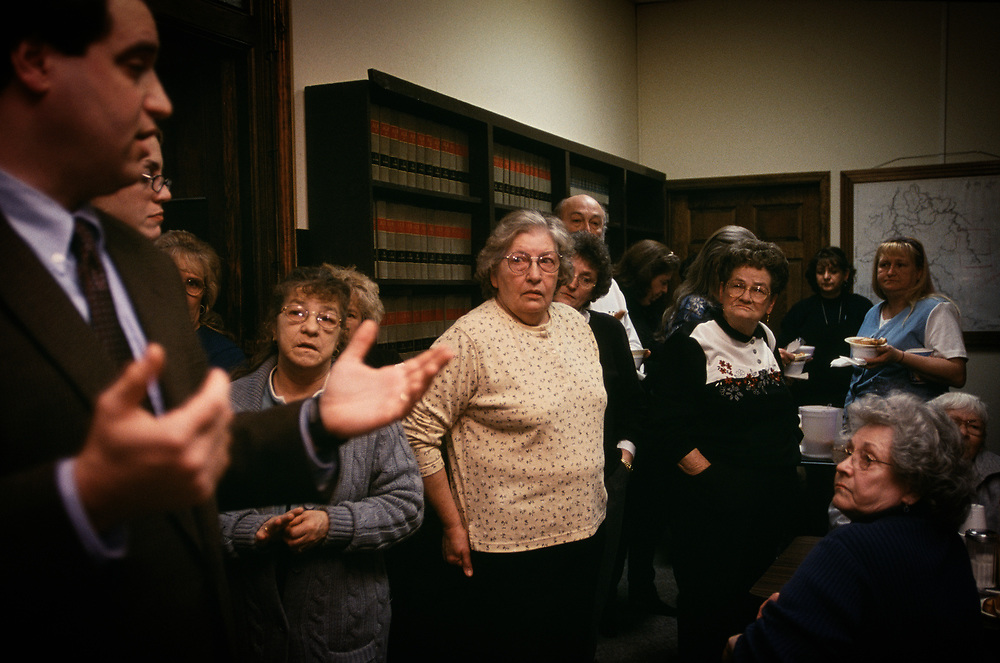