Human skull and other bones surfaced from under melting tundra from abandoned sunken houses and boats in what is believed to be a failed sailing expedition. The story goes that ship wrecked explorers built shelters to survive and were poisoned by their lead food containers before they could be rescued. The site is near Barrow but closer to Lonely, Alaska near the DEW line or Distant Early Warning radar station in the far northern Arctic. 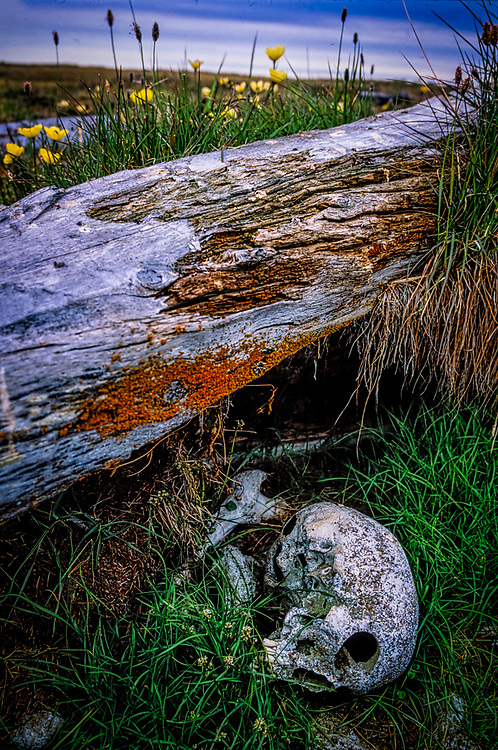