A father and sons react to the polluted orange/black water in the bathroom that smells bad, has an oily residue and is mixed with coal soot. He fears for his sons because his own health is effected. He suffers from rashes and red eyes when he showers and he tells the kids, “Don’t brush teeth in water. Don’t drink the water.”
When he moved in his home, he thought the only problem was that the water was discolored by iron. At 38 years old, he has since developed gallstones, breathing problems, memory loss, and his hair is falling out. He has anxiety, nervousness, and his pancreas is at two percent function. All of this occurred after he moved to this trailer. Scared for his family, he asks, “What have I done to them?”
A November 4, 2003 Associated Press article by Michelle Saxton of the Williamson Daily News entitled “Water in Mingo Communities Contains Manganese” stated that some security guards quit opening valves on Massey pumps when they realized they were poisoning the community. In a later court hearing it was shown that Massey Coal Company had, indeed, Illegally injected slurry from the Rawls Sales Processing Company (Massey Coal Company subsidiary) impoundment into abandoned underground mines for at least eight years.

As of the fall of 2011, some 500 West Virginia residents are still in limbo over a suit brought against Massey energy over claims that it and Rawls Sales poisoned hundreds of drinking water wells with coal slurry. 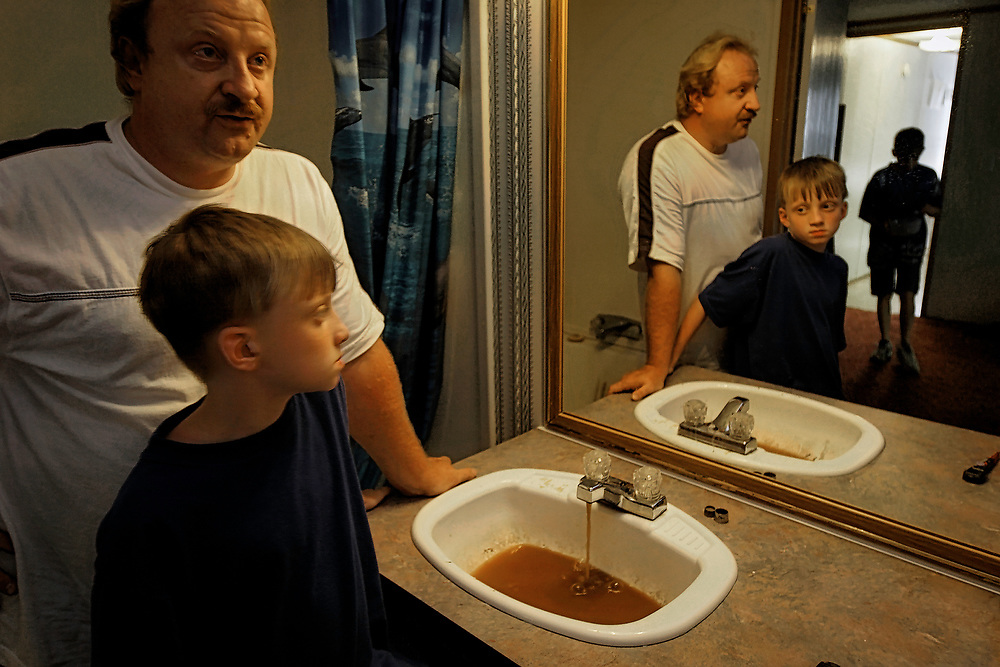